Autumn is finally here. You might be excited for Halloween and everything pumpkin spiced that the season brings, but when the leaves start to fall you should be thinking of only one thing: midterm essay season.  But that's no reason to worry!

With these simple tips your academic papers will be in top form:

Plan Ahead
To get the job done on time it is important to plan ahead and commit to a schedule.  Do Not Procrastinate!  Instead, schedule sessions at the Writing Center and think of them as mini-deadlines.  Writing consultants are there to help you through every step of the writing process, including planning ahead.

Consolidate Your Sentences
Minimizing redundant words will have a positive effect on your writing.  If you are able to pull a word out and retain the meaning of your sentence, I advise you to do so.  With a few minor edits a convoluted sentence can become precise.

1.  It is extremely important, and often overlooked, to have crystal clear language, especially in academic papers.

2.  It is important to have clear language in academic papers.

As you can see, sentence 2 gets right to the point and comes off stronger for it.
Peer Review
Trust me: it always pays off to have extra eyes on your paper.  Peer review can provide valuable feedback on the effectiveness of your argument and will offer insight into how your paper will be received.  Allow yourself plenty of time to have your work reviewed by peers or consultants at the Writing Center.

Read Your Work Out Loud
Let’s say you finish your paper last minute and are too nice to wake your roommate up at 5:00 in the morning for a peer review.  One easy trick is to read your paper out loud.  This tactic allows you to hear awkward transitions and grammatical mistakes that you cannot see.  It's the first piece of advice we give students who come into the Writing Center and it works wonders. Give it a try!

Hopefully, with these tips in mind you will survive until winter...and finals.

Posted by Trevor Fischer at 12:32 PM No comments:

The Road to Becoming a Writer

In elementary school, my brother and I were often asked by strangers whether we were twins. We would reply with silence and continue walking, our D.A.R.E. training kicking in like an autoimmune response.  Safety first, that was the motto.

It didn't help that my mother would march us to school in matching attire, khaki short-shorts that ballooned out at the bottoms, knee high socks protruding out of chunky sneakers, and backpacks large enough to hide in.  However, looking closer, as my brother and I often did, our differences revealed themselves.

My brother had an organized array of freckles that ran under his eyes and trailed across the bridge of his nose, whereas I had a spackling of moles that would sometimes get mistaken for fallen crumbs of food.  He had a bright white smile that seemed to radiate a kind of holy energy, and I had a broken front tooth with a sharp edge.  He was in special classes and I was in the "special" class.

The "special" class was not where I wanted to be.  In the mornings, when my brother and I would be parted and shuttled away from each other, the feeling of being left behind would creep up and then hover over me for the rest of the day.

The way out was to become "normal," which I suppose really meant functional.  It was a lofty task with no clear steps, and so I decided to do the next best thing: instead of becoming functional, I would fake it.

I was placed in the special class due to my poor reading and writing skills, which at that time meant I had trouble recognizing the relationship between cause and effect.  The teacher might ask, "Why was Billy sad at the end of the book?" To which I might reply, "I get scared sometimes too. But my favorite color is green." That being said, I was certainly dabbling in the principle of cause and effect; if I could convince the teacher I was normal, then I would, in effect, be freed from the darkest corner of the school.

For several months, I was bombarded with corrections.  My poor teacher must have done her best to avoid me and my answers, but I made sure there was very little she could do.  The only option for the both of us was to tackle the problem head on, and that's precisely what we did.

By some kind of miracle, the corrections became fewer and farther in between.  Through experimentation I slowly learned exactly what it was the teacher expected of me.  I felt more sure of my answers and responded with more confidence.  And then, after a year in the special class, I was released back into the herd.

By the time I reached high school, the chip in my tooth had been filled with a kind of hardened putty; it broke frequently but was, for the most part, functional. My brother and I looked less and less alike. He was in baggy jeans and I was in pants far too tight.  I bring up high school because it was the first time since elementary school that I felt undeserving of my success.  I was faking it after all.  Perhaps it was the sudden influx of hormones, or perhaps it was the confused angst of Holden Caulfield slowly seeping in, but I felt like a phony.

I didn't get perspective on this issue until much later in life when I was a sophomore in college.  The angst was still there; I was fighting "the man" in the only way I knew how.  I took on a major my parents could be ashamed of: creative writing.  I had a great teacher who dished out lifesaving advice for writers.  "If you want to be a writer," he said, "marry rich."

He had much more to offer too.  "Fake it till you make it," he said, one sweaty summer afternoon.  In other words, the only way to become a writer was to pretend to be a writer.  One day, it just might click.

That moment happened for me during the fall term when I had to critically analyze a short story.  I didn't particularly like the story--not yet at least--and I found myself flipping through the pages looking for patterns...but mostly I was watch the leaves fall over a footpath that cut through the center of campus.  How would a writer analyze the story?  I wasn't sure.

I thought about my English teacher in high school and wondered how he might read the story.  He talked a lot about the metaphorical masks we wear. He was obsessed with identity and it became a kind of running joke the class had behind his back.  But on this particular fall day, looking out at the leaves, I put his mask on and examined the story again.

It wasn't immediate, but eventually I could see what was buried behind the text.  The patterns had been right in front of me all along.  It was an awakening. Everything became clear all at once. It had finally clicked.

All this being said, the road to becoming a successful writer is a troubled one.  More often than not, you might feel as if you're bluffing. I still do, but I urge you to welcome the opportunity.  Be a phony!  Raise your hand and be corrected!  Let your teachers loathe your presence!  Pretend to be a writer until it clicks.  Fake it till you make it!

Posted by Trevor Fischer at 10:15 PM No comments:

Congratulations!  You’ve completed your first short story and isn’t it just perfect?  The characters are fully realized; the language is lyrical, but not overbearingly so; the plot is engaging and yet subtle enough to merit a second read through (who wouldn’t want to read it twice?).  You’ve created life out of nothing and now know the meaning of motherly love.  What, you might ask, could possibly ruin this fluttery feeling?
The writers workshop, that’s what.
The life cycle of your story will be a harrowing one. The first test is the workshop, a place you take your stories to get analyzed, dissected, and misunderstood by an audience.  You sit front and center, watching as your peers pull apart everything you so carefully put together.

This process can be tough for those new to workshops, but it gets easier.  Here are just a few survival tips:
1.      Don’t Take It Personally
When you put a lot of time and energy into creating something original and representative of your best work, it’s hard not to take things personally.  Try to remember that the criticism is meant to be constructive.  Look at the workshop as an opportunity to grow as an artist.  Most creative types have an ego.  Leave yours at the door.
2.      Keep Your Mouth Shut
This can be a difficult task.  The desire to interject will come when they interpret your story wrong, but you absolutely must keep your mouth shut.  It’s important for students to talk openly.  As soon as you interrupt the process to explain your creative choices, you put up a wall.  People will be afraid to offend you and you won’t get an honest critique.
3.      Be Selective
Everyone has something beneficial to offer, right?  Wrong.  There will always be students in your class who just do not get it.  You have to learn to filter the good advice from the bad.  We all bring our own tastes into the workshop and typically these tastes affect our choices in technique.  What works for you might not work for the next guy over.  That being said, you should listen to what everyone has to say. Sometimes it just takes a shift in perspective for everything to click.
4.      Come Prepared to Ask Questions
At the end of the critique, you might be allowed to ask a few questions.  Do not miss out on the opportunity!  This is when you get to dictate the course of the workshop.  Come with a list of questions designed to help you develop the story in a way you that works for you.

So you’ve made it through your first workshop and the story you started out with is in tatters.  Your ego is bruised and you’re wondering why you ever decided to be a writer.  Quitting would be the easiest choice at this point, but you’re better than that, aren’t you?  You can see where the story needs to be tweaked: the weak dialogue, inappropriate setting, inconsistent voice.  Maybe it wasn’t all working before.  What was that about motherly love?  How quickly the feeling changes to disappointment.
But it’s not over yet.  Everything can be stitched back together and better than before.  By the next workshop, your peers will finally understand what you meant to say all along.  If not, the cycle repeats.  And that’s just the way of creative writing. 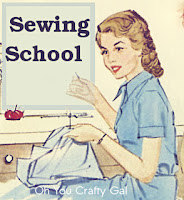 Posted by Trevor Fischer at 9:20 AM No comments: