A Guide to Illinois's Fiscal Apocalypse

This weekend, I carved out some time to watch Scout's Guide to the Zombie Apocalypse; despite the incredibly sexist and objectifying quality of the film (which I won't be getting into with this post), I did manage to find a moral niblet:


One cannot afford to stand idly by when faced with an emergency. 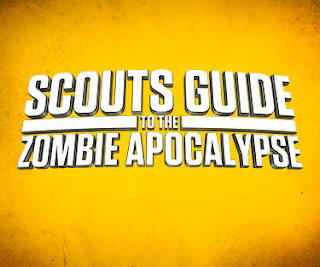 For those of you who haven't watched the film, it goes something like this: A group of high school friends (Ben, Carter, and Augie), who also happen to be some type of boy scout, are struggling with growing up. They want to go to parties, date numerous girls, and assert themselves as cool dude-bros throughout the school.

The only problem? They don't want to leave scouts because their less popular friend, Augie, lost his father a couple years ago and relies on scouts as a form of therapy. One night, the three friends go on a camping trip when Ben and Carter decide to sneak away and go to a party without Augie. Augie catches them, but before they can escape—BOOM—zombies.

The rest of the film consists of the three boys, with the help of a cocktail waitress named Denise, fighting their way through the town in an attempt to save all of the living residents.

I'm sure most of you have heard all about Illinois's recent crisis surrounding the state government's inability to pass a clean appropriation bill for higher education funding and, as most of us are, you are angry, confused, scared, or panicked—and that's completely natural in any type of emergency. 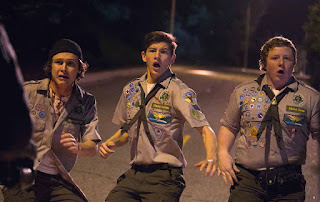 But what comes next? After the fear and confusion has died down, it's time to educate yourself.

1. The state of Illinois already owes EIU nearly 40 million dollars, and additional cuts just mean we continue to lose staff, amenities, scholarships and grants, and numerous other things that make EIU an affordable choice for higher education in Illinois. (Have you visited the 3rd floor bathrooms in Coleman Hall? No funding means an empty pit where EIU used to be). A simple Google search or a browse through The Daily Eastern News will fill you in on all the other details you need to know. 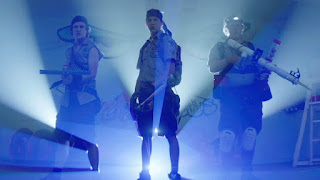 2. Once you know what's going on, it's time to figure out what you can do. Get in contact with the offices in Springfield, as well as those within our communities. Find other people who are interested in rallying for EIU, host calling and letter-writing parties, and let your voice be heard. If you're unsure what to write, take a couple minutes and brainstorm what EIU means to you. Without state funding, our educations and our futures are threatened. If you have to get a little personal and let our government know exactly how EIU has benefitted you as both a student and a (tax-paying) citizen of Illinois, go for it. You can find contact information here:

For parents, relatives, and friends living in other districts, find their state representative here and state senators here.

3. After you've bombarded our legislature with your words, get ready for a war of growing crowds and intellect. Unlike the scouts, it's not right to whack the living with weed-eaters and potato shooters. Instead, we have to redirect our efforts into more rallies, letters, and phone calls. Follow #FundEIU on Facebook and Twitter and upload your thoughts, opinions, rally photos, and #FundEIU videos on the social media platform of your choice. 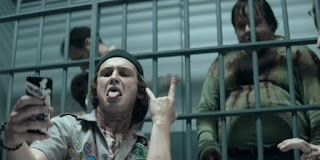 Most importantly, let Governor Rauner and the rest of Springfield know that we will not stand idly by when faced with an emergency.

Magic on my Mind

In a small lamp found in the catacombs of Coleman Hall resides a genie that has the power to grant any writing-related wishes--the dream for all writers...

While no one I know has ventured to search for this genie just yet, I asked three graduate students in the English program what writing-related wishes they would ask for if they ever met him, and here's what they said:

The possibilities are endless! What would your three wishes be?
Posted by Unknown at 2:23 PM 3 comments: